In a bid to revitalising the township economy, Pamodzi Group has developed a smart and cellphone-friendly concept that will help convert spaza shops into smart shops.

Ndaba Ntsele of Pamodzi Group said the Pamodzi Smart Store would allow informal traders in the townships to be able to compete with big chain stores that have taken away their target market.

During the store’s launch in Diepkloof, Soweto, yesterday, Ntsele said he wanted business people in the township to be able to access the economy on a bigger scale by manoeuvering through past the hurdles inherent in informal trading.

“We want to create wealth for informal traders and their communities by using technology as a catalyst in the retail environment and primarily grow their businesses by participating in the FCMG [fast-moving consumer goods] and food products value chain,” Ntsele said.

He said his group did research on the how the trading landscape was changing over the years and noticed that there was an opportunity to assist informal traders in evolving and keeping with the times. 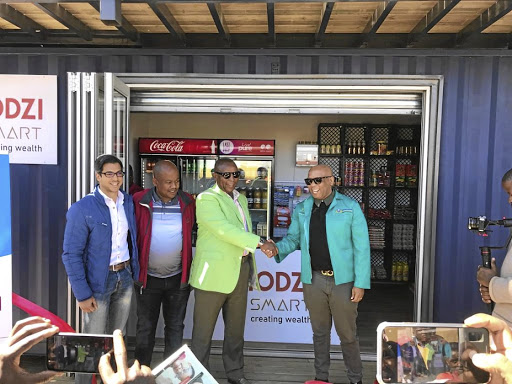 “The times are changing, it is important to change with them and make sure that we move forward. We should not use the name ‘spaza shops’ anymore because spaza means something that is not original. Through our concept and distribution centre for bulk buying, we want to change the approach to the trading,” Ntsele said.

Among those who attended the launch was MEC for economic development Dr Kgosientso Ramokgopa, who said the Pamodzi’s flagship store would empower small businesses in townships while creating systems that will improve access to markets.

“We need to revitalise businesses that were cannibalised by the proliferation of retail malls by providing price competition in an environment that is conducive for interaction and also blends some of the latest technologies. This is the kind of environment we want to create in the townships,” Ramokgopa said.

Thanks to Sowetan Live for this article.
« Local retailers are outperforming a bad economy » SA brands missing out on R34bn in e-commerce revenue